sits in the curve of a duck's bill 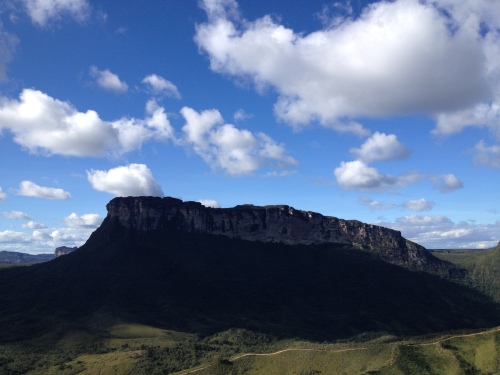 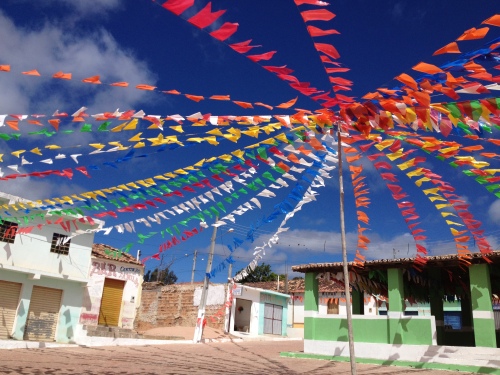 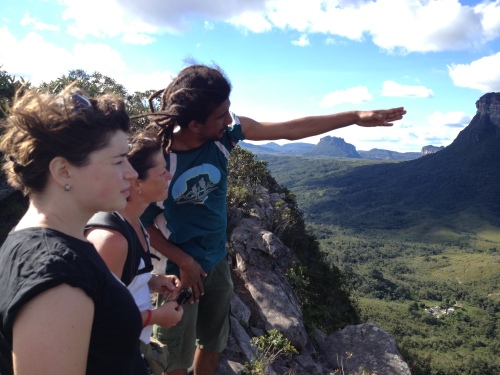 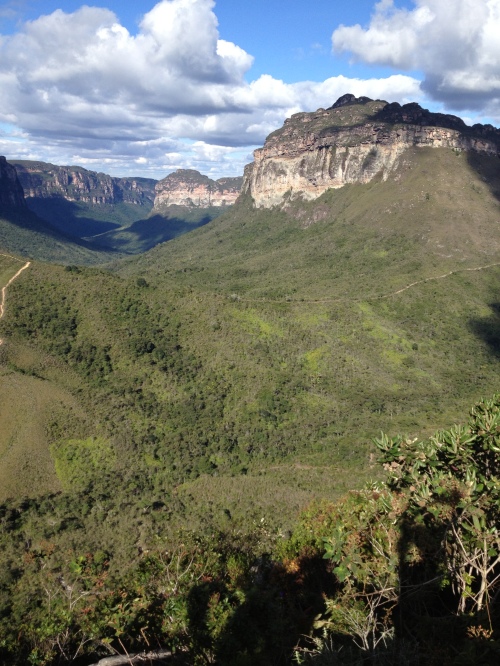 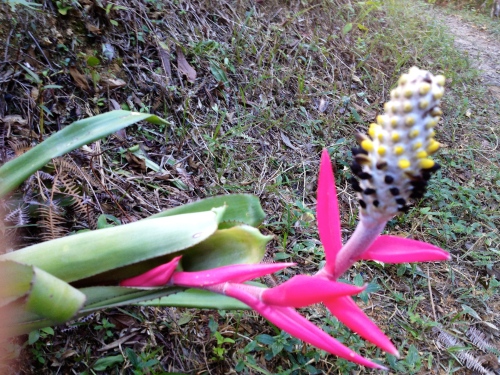 I’ve just spent a week in Chapada Diamantina, a national park in Bahia, Brazil, named for its diamond mines of old. Diamonds found here of note are the three that currently reside in the British crown, sceptre and throne. Funny (and kind of wrong) where things end up. Valle do Paty has been inhabited by native American people for a very long time, pre-Portuguese colonization to the present. I spent three days hiking / trekking / scaling / falling through the system of huge mountains, waterfalls and valley bottoms. Three days isn’t that long but it was enough for a Jafa like me. Here are some cool things that happened.

1) A Hummingbird, unaware of my presence, feeding from a tall flower 30cm away from my face. It was metallic green and almost blinding in the sunlight.

2) Walking at night past a dense river-bottomed valley and hearing the most extraordinary frogs, like beautiful car alarms going of endlessly in the darkness. Behind this sound was a different, softer and inconspicuous trill, almost like a version of silence – unless you really listened for it you might just assume it was the sound of the sky or the river. I think the car alarms were male and the water/sky were female. It was like walking through a sound blanket, a thick one.

3) Arriving to a mountain house in complete darkness, and having to pass through an orchard with our headlights on, ascending through the coffee plants and mango trees and seeing several sets of blinking eyes in the black spaces between trunks – chatoyant and suspended in mid-air as if we had woken the forest, which was now assessing our arrival with an attitude erring on the side of not very pleased. They were the inhabitant’s three dogs, none of which were friendly. Vilma, Jurate and I formed a long line, linking arms and marched through the orchard as if we didn’t notice the raised hackles. Only four days earlier Vilma and I had been attacked by a huge dog, ironically by the guard dog that was supposed to be protecting us, and Vilma got a proper, blood yielding bite on her lower back.

4) Big bats flying in front of our headlamps as we walked at night.

5) Seeing a moss circle on a rock that looked so much like Jimi Hendrix smoking a spliff that it wasn’t even funny (it was very funny, but SO exact). Every time after that – seeing fuzzy, circular moss and thinking Jimi from behind.

6) Laughing endlessly about every single thing that happened with the two crazy, totally wacky, awesome Lithuanian sisters that I trekked with. Even falling down mountains and nearly breaking bones resulted in fits of hysteria.

7) Finding Chilli, the cat in residence at the mountain pousada, and realising that even way, way out in the remotest parts of the world, in dark valleys or on the highest rocky peaks of the world, cats are still cats – self-absorbed, anybody’s friend for the right price, petulant, eternally hustling and terribly loveable.

8) Going through real Brazilian jungle, knowing full well that it was prime spider territory, and still doing it. It was big for me. A few years ago my dad even offered to pay for hypnotherapy to help me move past my phobia, saying – it’s really going to limit you if you want to travel to wild places. I love you Dad! We walked an hour off track to get to a canyon with many waterfalls, and on the way, after stepping on a series of roots to cross a river, I looked up and suspended right in front of my face was a huge spider in a web. This wasn’t the kind of jungle that gave you space to fling yourself about in panic; it was dense, so there wasn’t room to back away, but only to move forwards. I’m not saying I stayed totally calm, I did freak out, along the oh my god oh my god oh my fucking god there is a huge spider lines, but not uncontrollably and after a few minutes I was fine.

The thing is – it was kind of beautiful. It was a long-legged (arg!) and had a geometric quality about it, its legs almost squared off at right angles where the joints/joins were (I’m not going to do a Google search to find out what spider leg joins are called), with stripes of yellow and black.

9) Arriving to the multi-waterfalled canyon to find it covered in thick cloud, and watching as the canyon slowly burped huge tufts of cloud up into the sky to reveal a forested valley of awesome depth and breadth. For the last five or so years I have longed for this kind of thing; huge views, vistas, panoramas, big nature that reminds me of my small place in the order of things. For always actually, but especially since I read Cameroon with Egbert, and that was back in 2000 or something. And here it was. We lay down on a rock ledge suspended over the valley and far below saw lakes and shelves of rock on the cliff face big enough to support entire forests that you could get lost in if you could reach them. When gusts of wind travelled up the valley, the water from the falls would get caught in the currents and pulled up toward us, forming huge waving sheets of mist.

10) Hearing (sadly never seeing) that we were in the lands of the Leopard, the Puma, the Armadillo. We did see some big, fresh cat tracks in the mud though.

11) Seeing a micro-frog, a baby one. A baby micro-frog! It was matt black like liquorice.

12) Sempre viva everywhere. This is a kind of flower, it grows in long, straight sprigs and the flower is a little ball of tight petals. They come in all sorts of shapes and sizes. My favourites were the tiny bunches that appear as white sand or little rocks on the ground unless you looked more closely. Up-close they look like a white star has exploded sending rocks off into space. But my ultimate fave just grew one tiny straight sprig with a black flower the size of a pinhead, with the sprig growing from a micro version of a perfectly geometric aloe-vera looking plant.

13) The Maria Preta. The Black Mary. A small black bird with a very white beak and white beneath its wings only revealed when it flies.

15) Serious rock climbing. Ascending and descending rock faces, mountains, waterfalls, muddy banks and trees that I never imagined I could or would. All thanks to our amazing guide Vini. Apparently I have long legs and this is very helpful. Sometimes, feeling my way down a boulder with my foot I did feel a bit like a praying mantis.

17) Finding a dog, curled up and sleeping in the hollow left by the previous night’s outdoor fire. I patted its head and was then told five minutes later after five minutes of solid patting, don’t do that, it really hates to be patted on the head.

19) At night, the pitch black and dominating silhouettes of mountains, with the stars above. Learning that star in Portuguese is estrella.

20) Passing a field of tall grass at night and seeing fireflies sparking and burning amongst the crops and in the trees bordering the field like miniature lanterns being turned on and off. Learning their name in Portuguese is vaga-luma.

21) Seeing wild cosmos, the first flowers my father taught me how to grow.

22) Missing people. It feels good to realise how much I love people. I knew it anyway, I feel it strongly every time I am away, but it always feels good to be reconnected with the strength of the feelings.

23) Arriving a bit late to our final descent, and having to walk down a rocky, rain-soaked mountainside, at night, with two headlamps between four people. Managing not to die.

24) Having comfortable shoes and a rain poncho.

25) Being alive. Yes, yes, cheesy. But … I dunno. Mountains make you appreciate things.